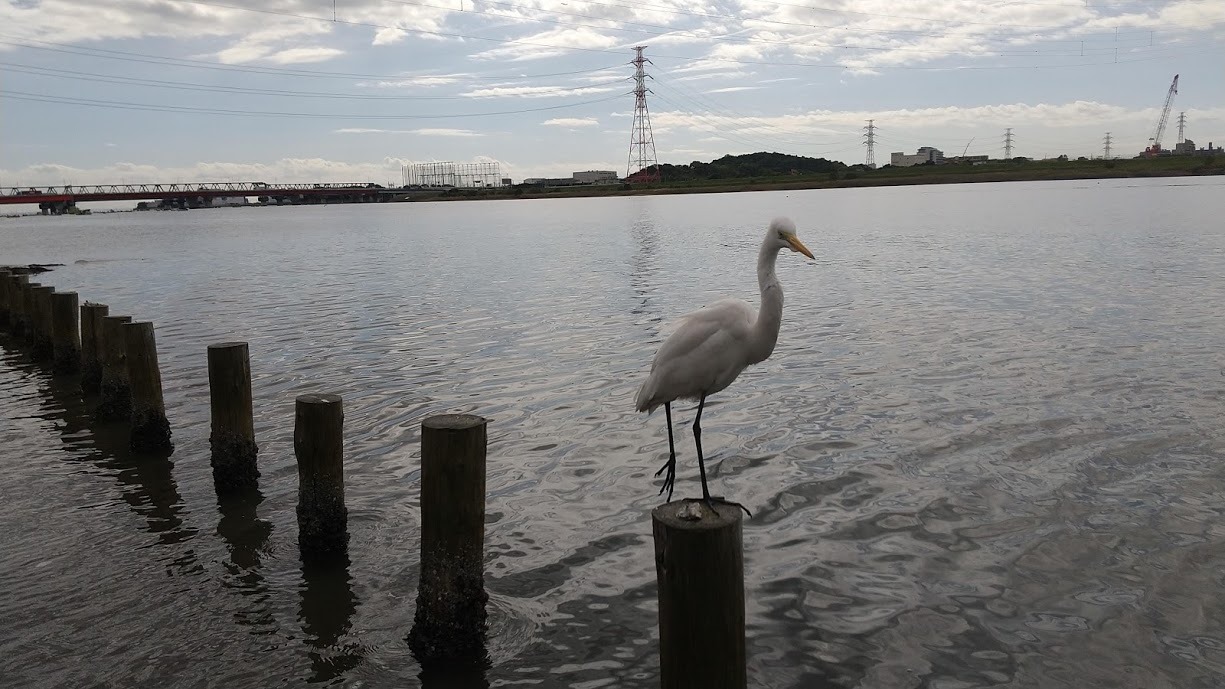 Today six ecowarriors were turned out to the Edogawa River clean up and collected 40 bags of trash (36 actual + large unbagged items). A little bit more was added after the last photo just before it got dark. It was beautiful weather, even a little hot a times. Even though we have cleaned this strip many times, the trash continues to slowly accumulate along the shores. As usual we did not have enough people or time to get everything, but maybe took 60-70% of visible trash. Some kind o fishing derby was going on with 20-30 boats out fishing. An odd thing today was a very white bird. It seems to have learned that a fisherman might throw it a fish and was standing next to the fishermen. About 15 minutes later while collecting trash, I suddenly turned, and it was standing right next me as if to ask for food, so I was able to get some close up photos. I’ve never seen a river bird behave that way. They usually take to flight the moment you even start heading in their direction. 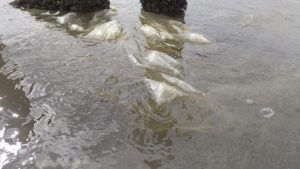 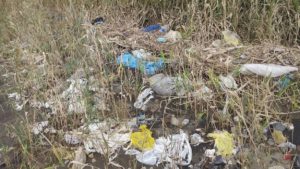 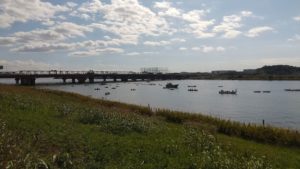 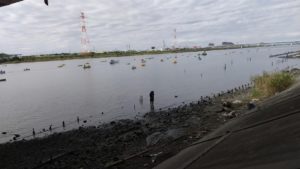 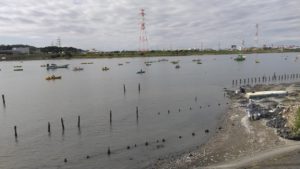 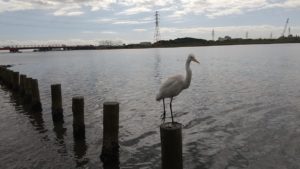 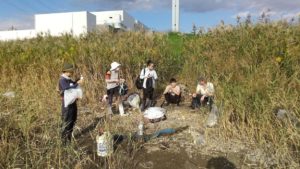 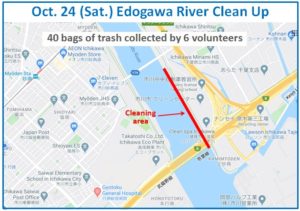