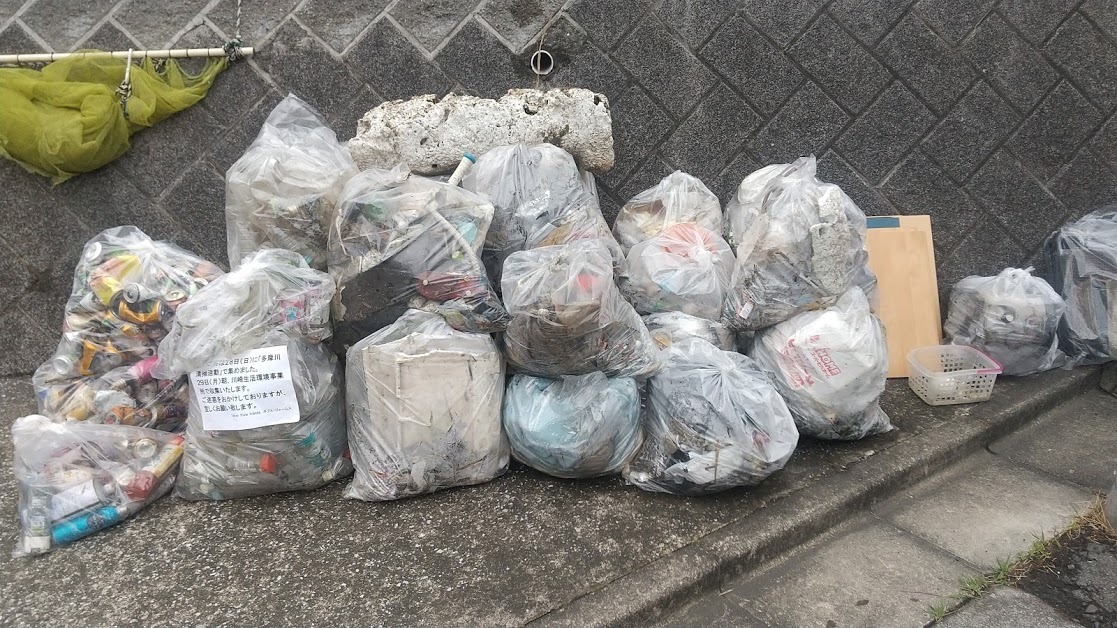 Four ecowarriors turned out for Sunday’s Tamagawa River clean up event at Daishibashi and collected 42 bags of trash (34 actual bags + roughly equivalent of 8 bags on the large unbagged items). A rainstorm was forecast for the afternoon, so we adjusted the schedule for a 9:00a.m. meetup time. The storm hit from 10:30-12:30 and then it was clear in the afternoon, so there was no need to change. But sign ups dropped off due to the whether and schedule change. For the first time we were able to arrange for Kawasaki City to pick up the trash bags but had to leave the large items riverside for the river management office to pick up, which they are not going to like. The cherry blossoms were just finishing their peak bloom and quite beautiful along the riverside. After cleaning a dirty angle next to the cat colony (almost under the Haneda takeoff route), I came to realize there is a lot more trash behind the cat colony, so we’ll probably do that area next time and hopefully get in before the new grass overgrows the place. 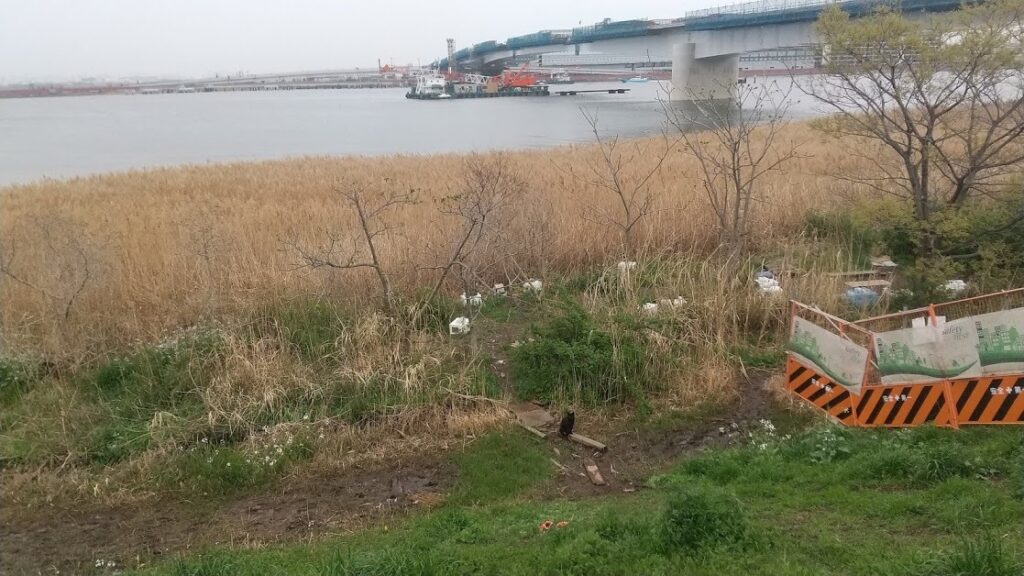 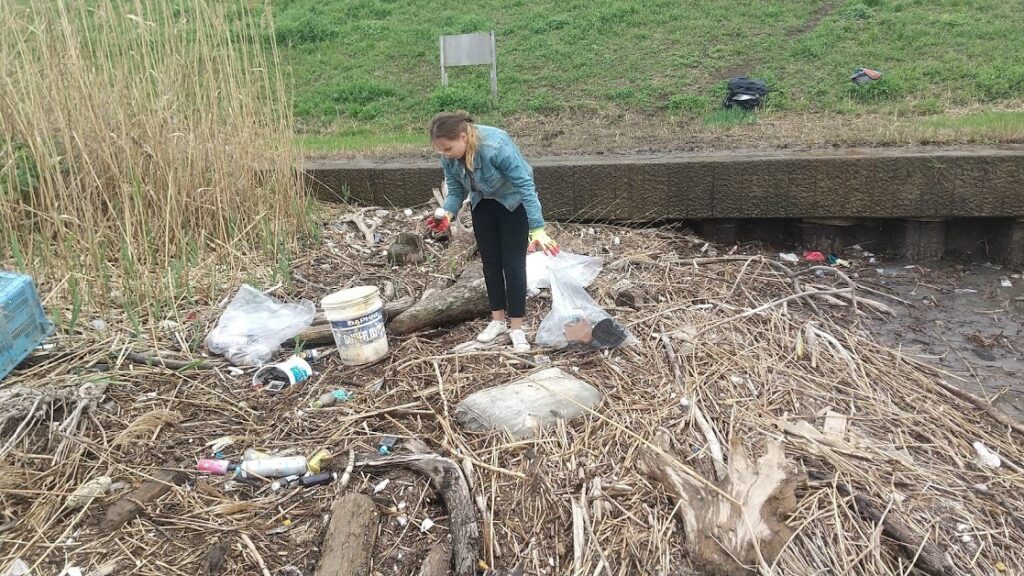 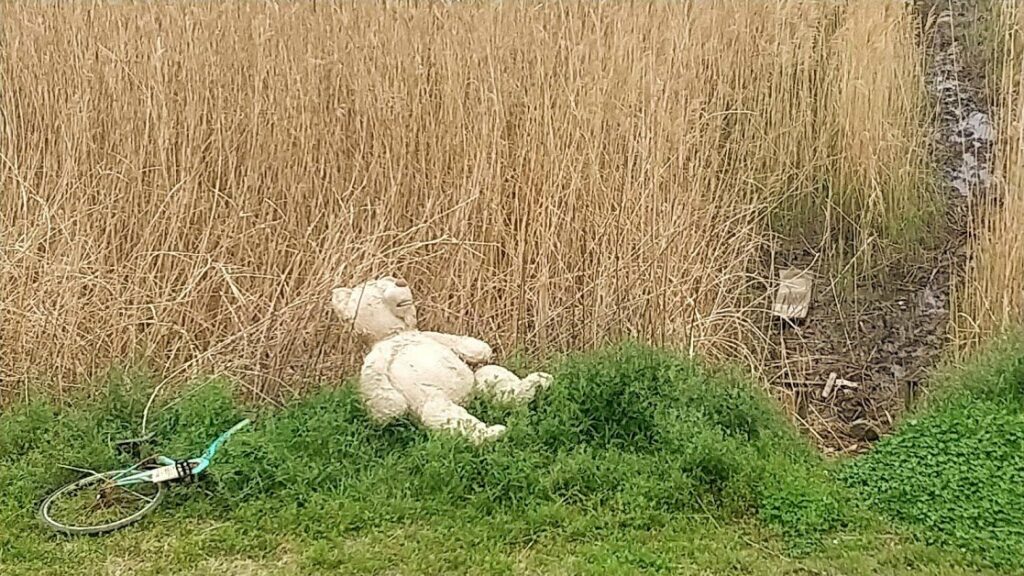 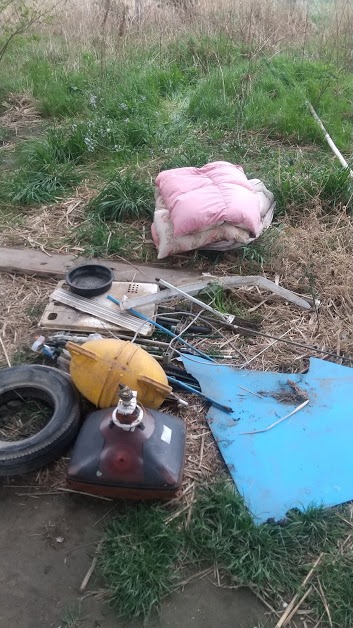 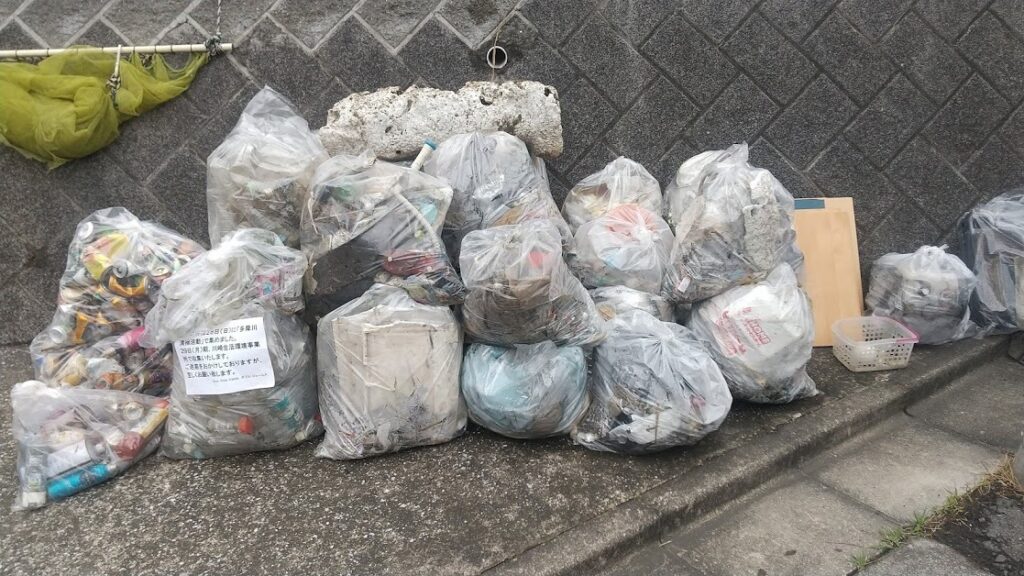 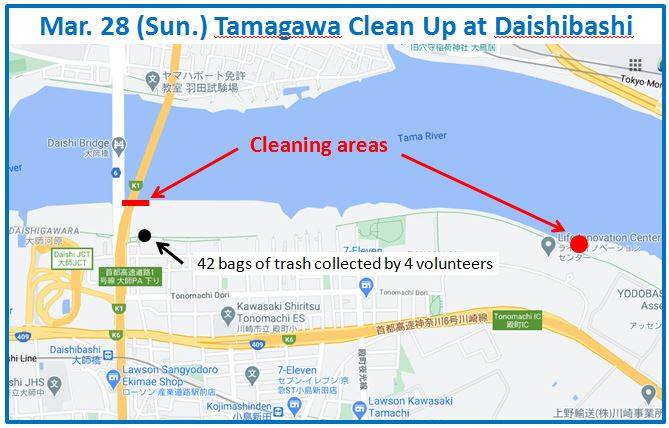