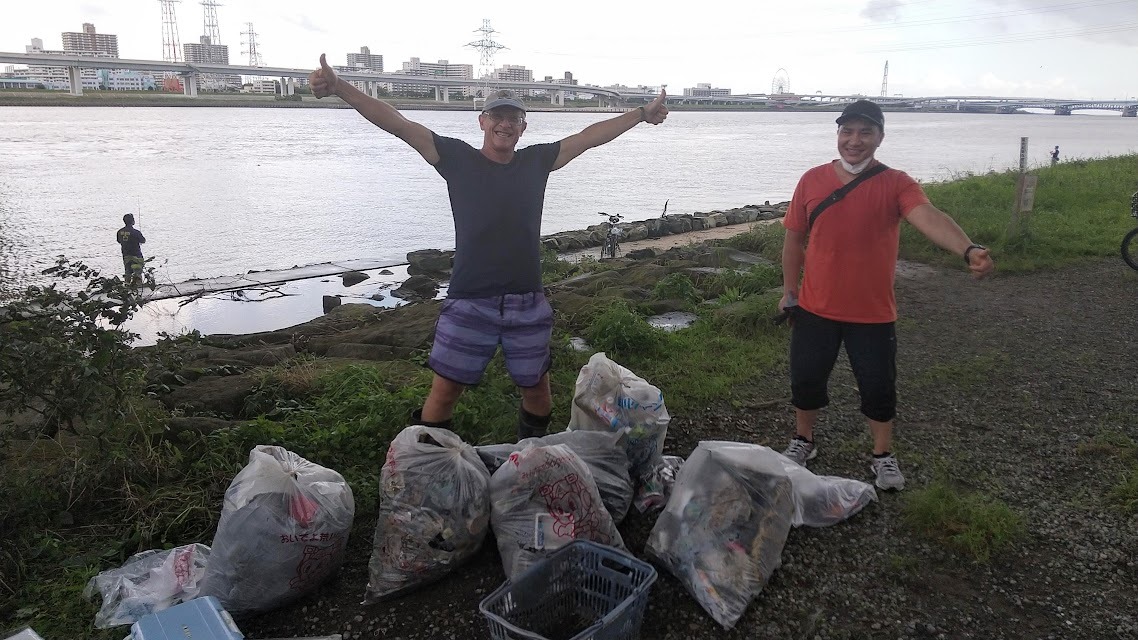 Arakawa River Clean Up today at Minami-Sunamachi! Due to the rain as well as the Corona situation, only 3 ecowarriors turned out, but we were still able to collect about 65 bags of trash (40 actual bags + roughly equivalent of 25 bags on the large unbagged items. I think today was a testament to what just a few people can accomplish. It was difficult to show in the photo but there were a lot of cans and bottles floating in the river. I think the recent heavy rains caused the river to swell and float up a lot of trash along the river banks. There was a large amount of trash needing removal, but with only 3 people I’m afraid we may have only taken about 30-35% of the trash that was along that strip of shoreline. So, we’ll come back at the end of August for another cleaning of that strip. It’s a good summer spot because the Tokyo Bay breezes make it several degrees cooler than in the city. 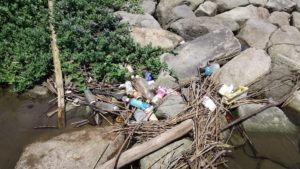 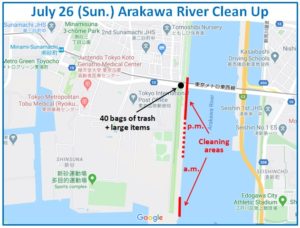 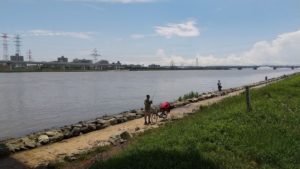 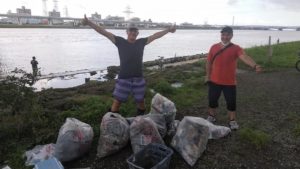 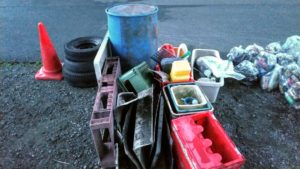 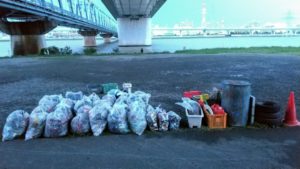