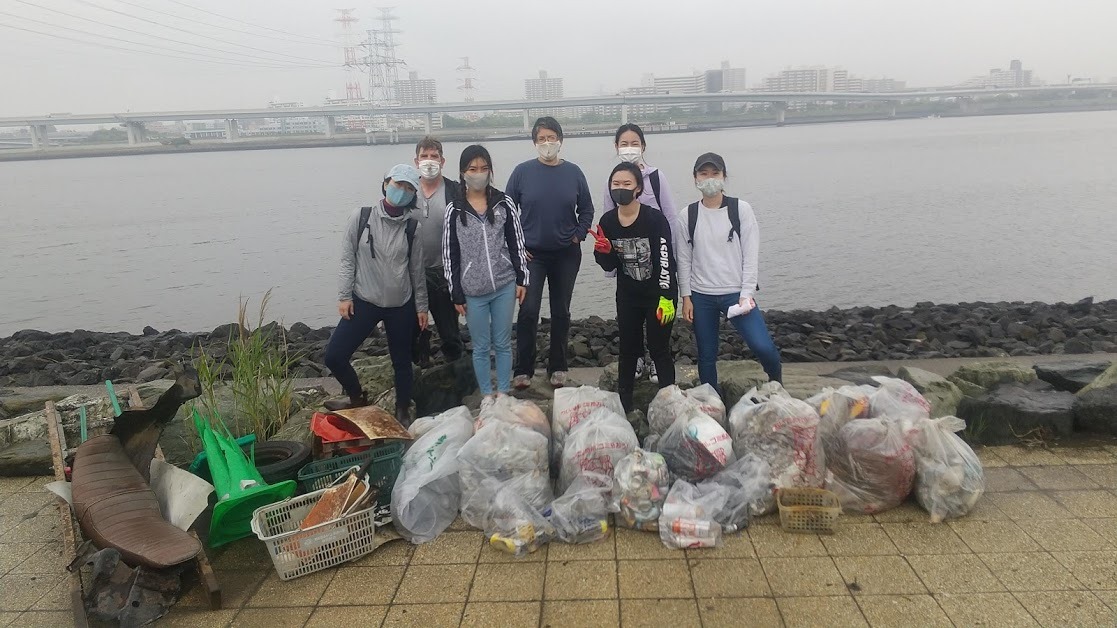 An irregular clean up event was held at Minami-Sunamachi today with 8 volunteers collecting 33 bags of trash (21 actual bags + roughly equivalent of 12 bags on the large items). The area was cleaner than when I had checked it 3 weeks ago and it was unusually clean then. It really appeared like someone had been cleaning this area. Toward the end I ran into an elderly man who told me a lady living nearby was regularly cleaning by herself and another group of students had been cleaning too. As such we were able to do the entire strip today on both sides as it was easy to walk without stopping through various clean areas before reaching small patches of trash. Anyway, that strip is completely clean (except for some patches of small plastics). I’ve never seen it that clean before. In the future, I think we may avoid this area (to focus on other places) because it seems that someone is taking care of it. 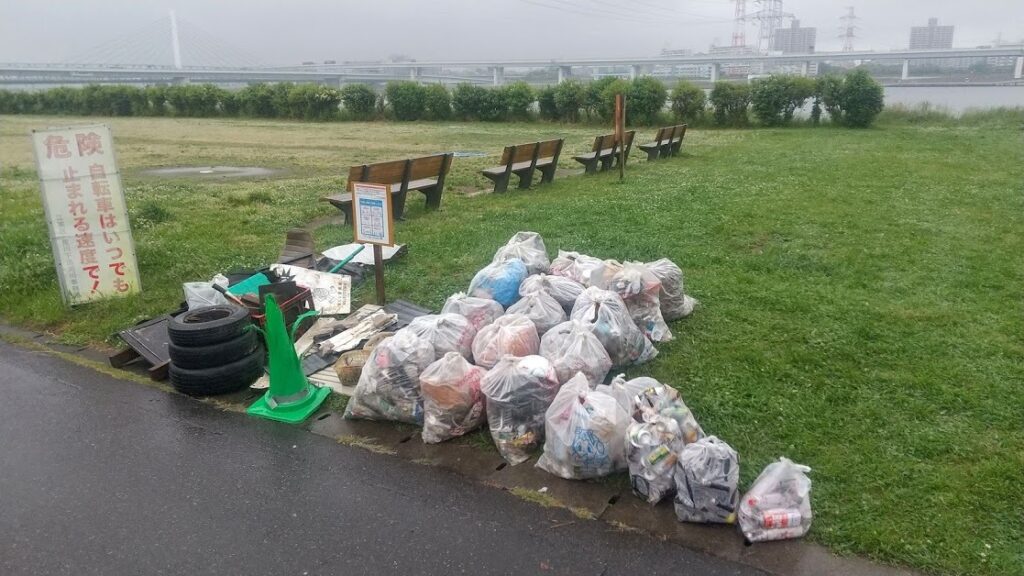 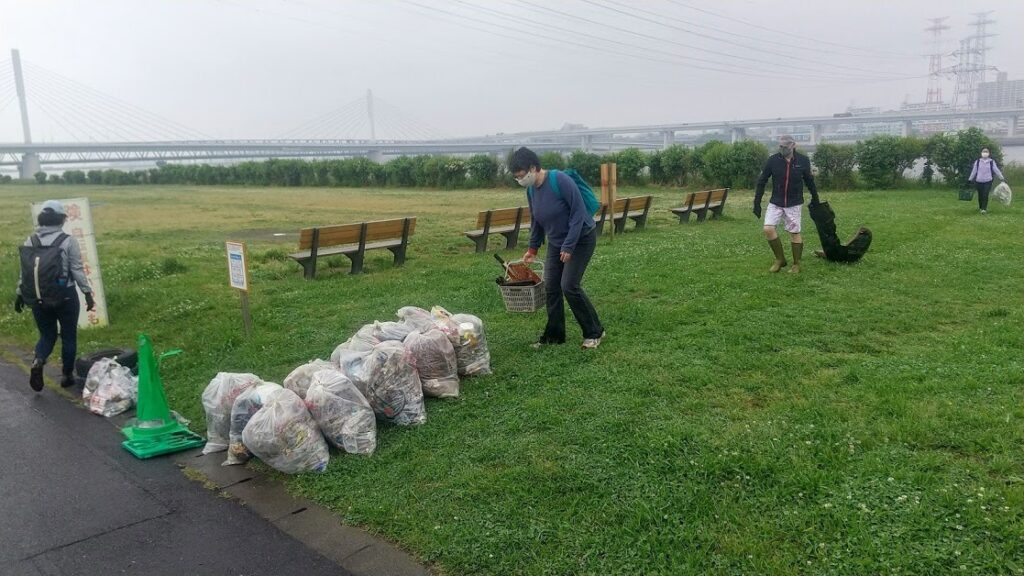 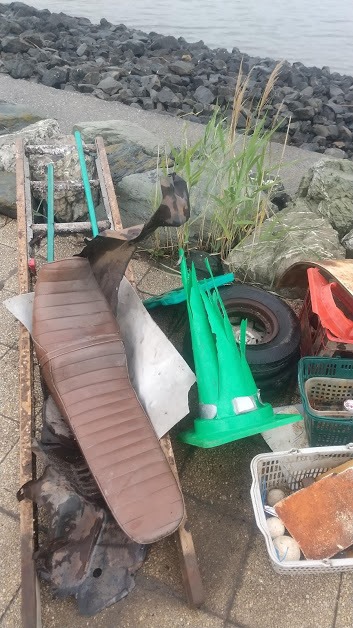 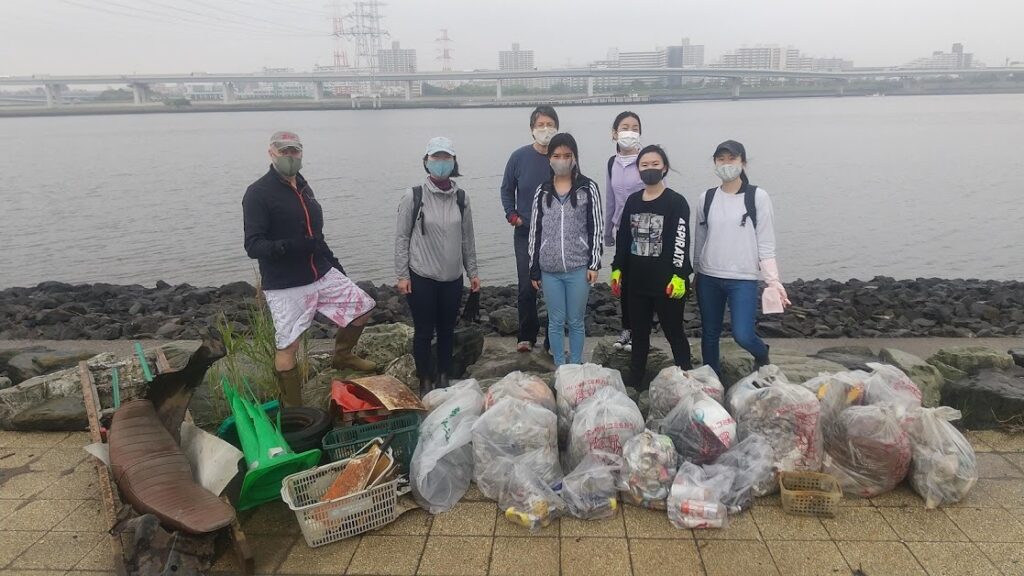 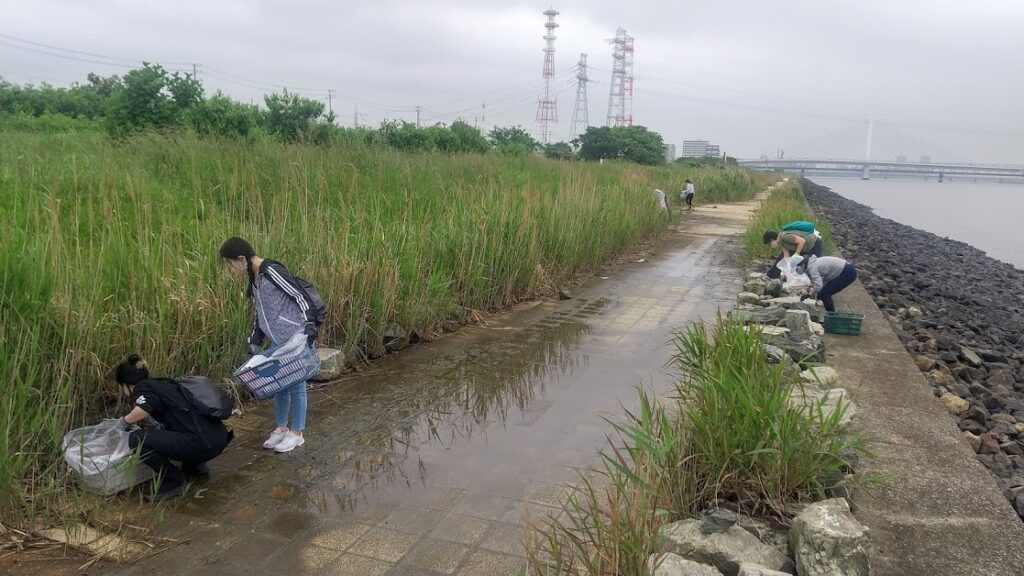 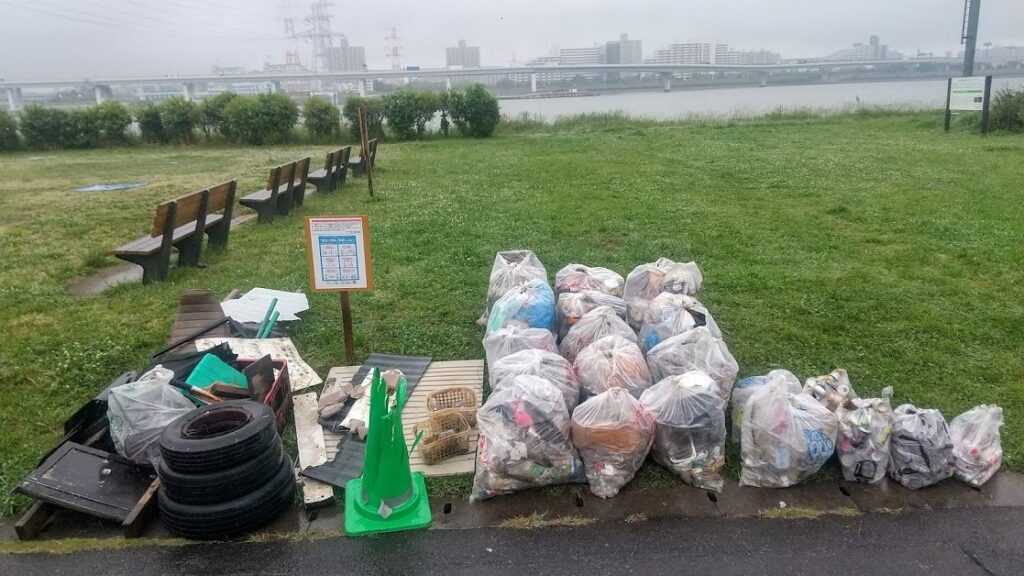 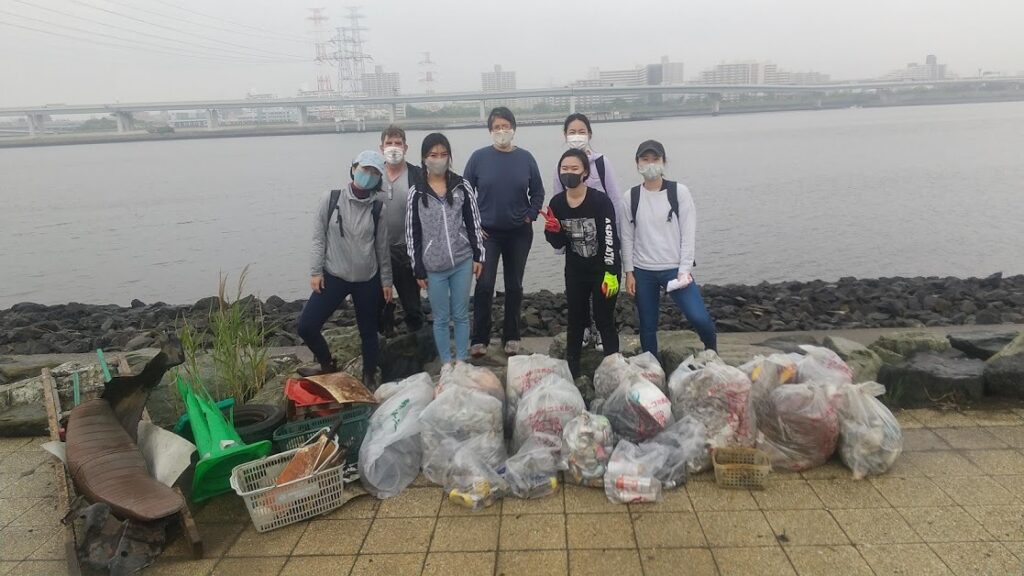 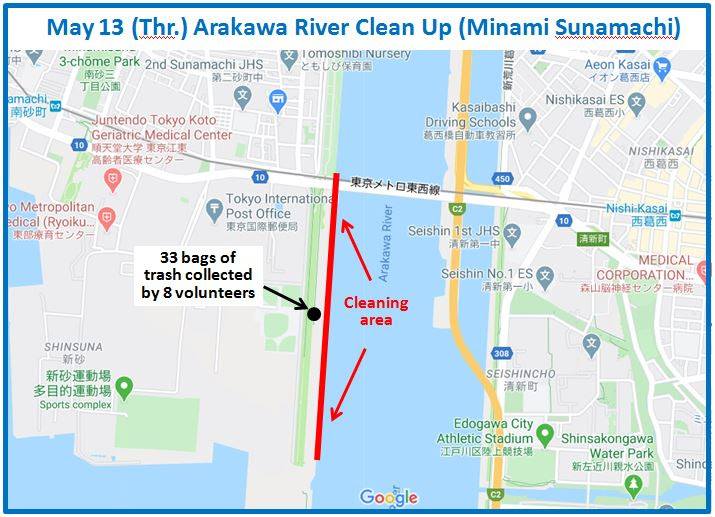