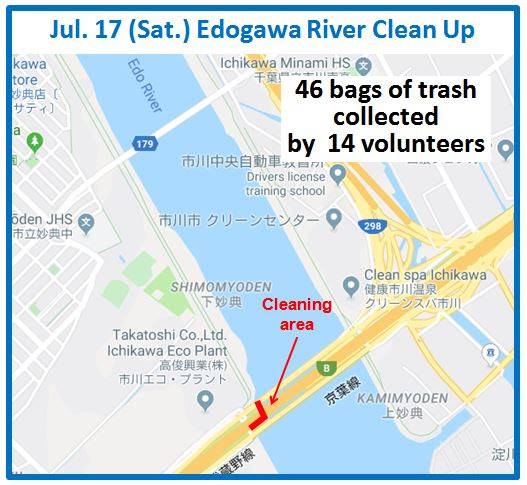 Fourteen ecowarriors, including 8 high school students, turned out for yesterday’s Edogawa River clean up event and collected 46 bags of trash at the mouth of the river where it meets Tokyo Bay. Two small motorcycles had been discarded near the waterline, not sure if stolen or just illegal dumping, but license plates were attached. It was HOT but as planned we were able to do most of the cleaning under the shade of the bay front bridges. Since getting this area mostly clean about two years ago, it has gradually become very popular with picnic/BBQ groups, sometimes as many as 10 groups in good weather. This has resulted in more trash being discarded there, and about half of the trash collected was from these groups even though 9 out of 10 of them behave responsibly and take their trash home. The remaining trash had simply washed up on the shore from the river and Tokyo Tokyo Bay as well as regular dose of trash from the homeless guy who lives under the bridges there. Apparently littering laws and fines only apply to ordinary tax paying people while the homeless are exempt and can litter freely without any government action. We have been cleaning up after this guy for 3 years running now and the initial sea of trash in that area was mainly from this homeless guy. No one would picnic there because the area was too disgusting several years ago. 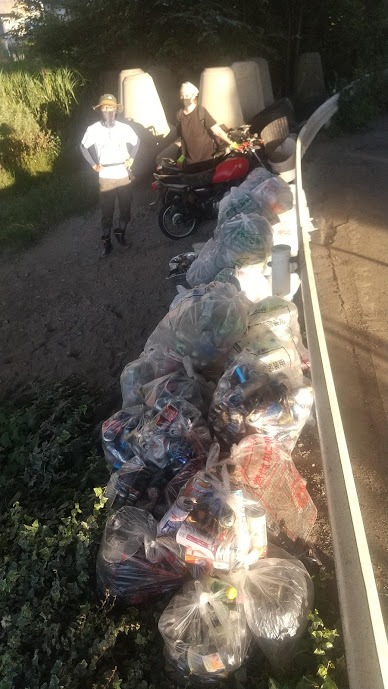 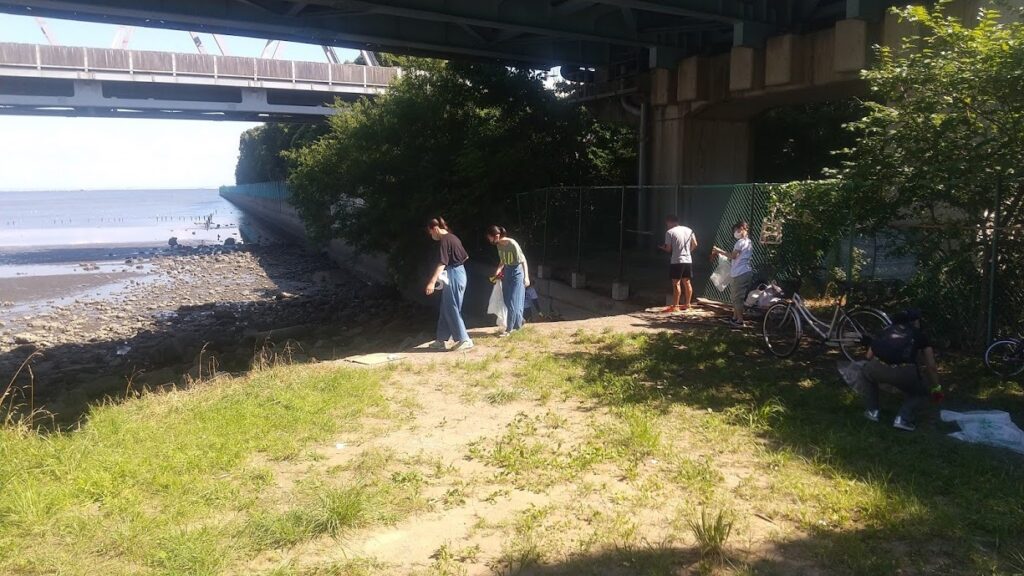 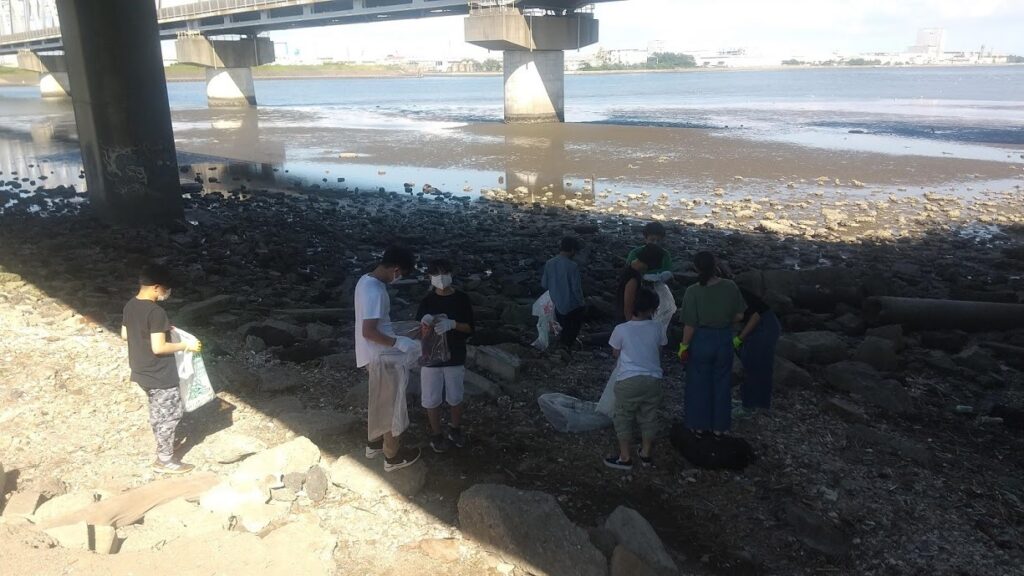 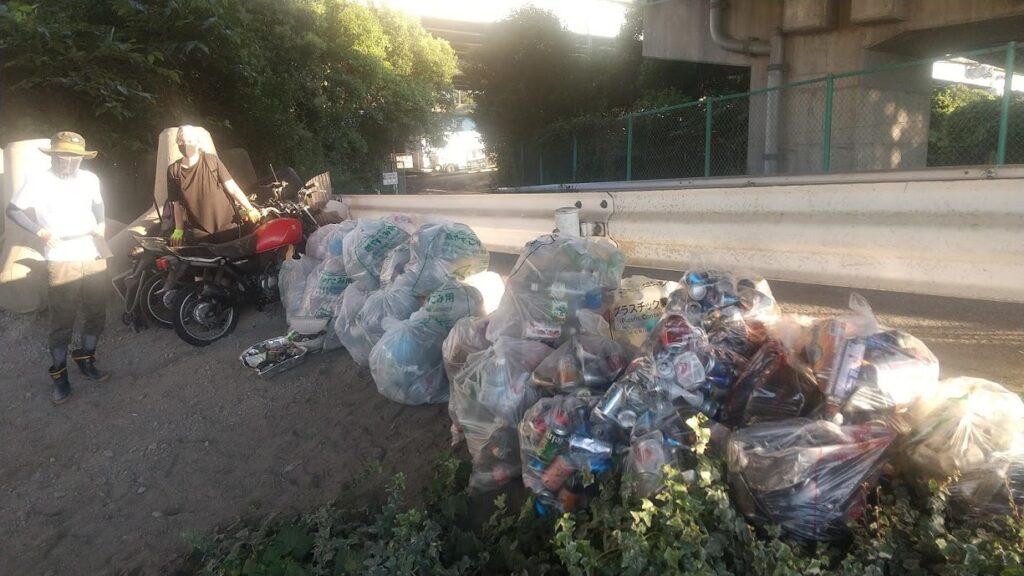 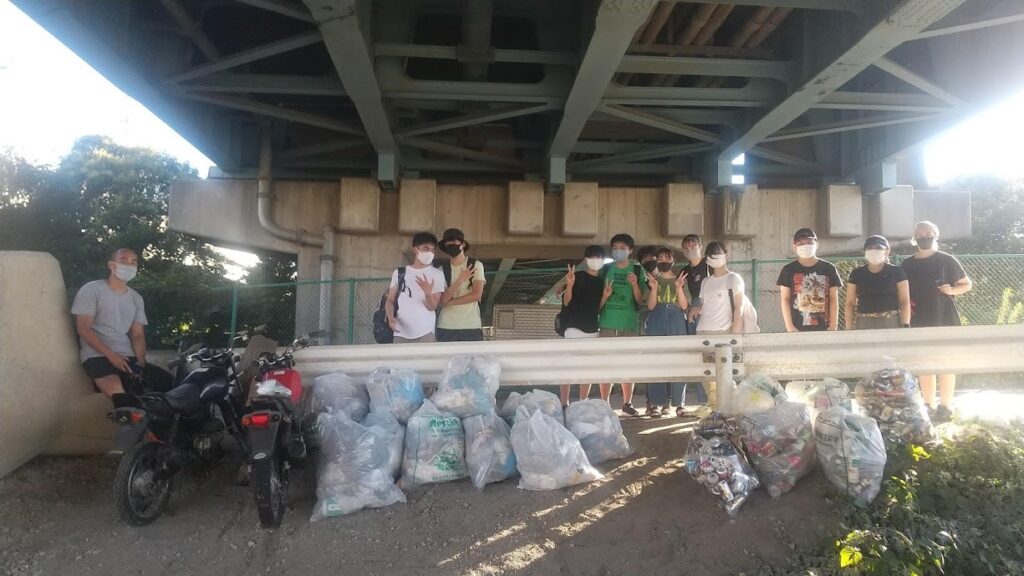