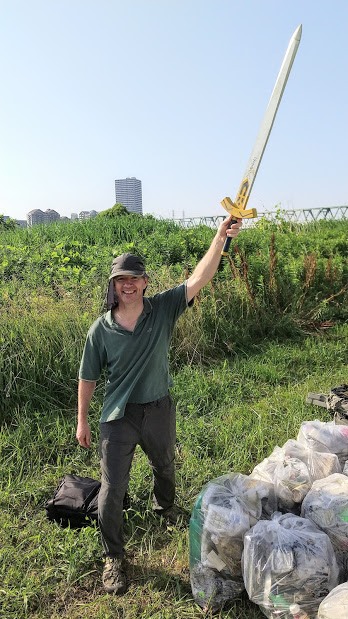 Arakawa River Clean Up today at Funabori. Seven ecowarriors turned out and collected 52 bags of trash. That was 40 actual bags in the photo, roughly 6 bags of large unbagged items, and one of today’s participants collected another 6 bags last week, which the river office seems to have already removed (while removing an abandoned homeless person’s shack, which the bags had been next to) so those six didn’t make the photo. We did not do the original plan because the grass had really overgrown the pathway. So, we focused on the infamous dirty angle, which was dirty again and worked outside and on top of the tretropods. Once we got inside the tretropods it became rather hot and we knocked off early to get out of the heat. Check out the photo of the dead ladybugs. I saw them all over this piece of styrofoam and tried to shake them off. Some fell off and then I noticed they were all dead. I’m wondering if they ate the styrofoam thinking it was food and died from it. Also, check out the before and after shots of the dirty angle. You can see how the tide really came up by late afternoon. It submerges those tetrapods. The 3km post marker, which is in the photos, indicates that that spot is 3km from the mouth of the river entering Tokyo Bay. We found a really cool toy sword. According to legend, the ecowarrior who can pull the sword from the gomi pile will have phenomenal strength and become the leader of a great movement. Thank you for reading this long report to the end. 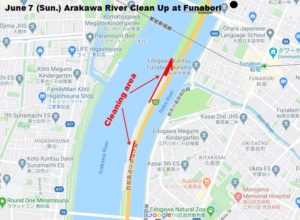 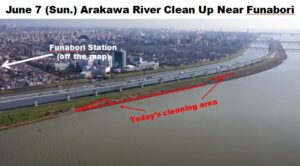 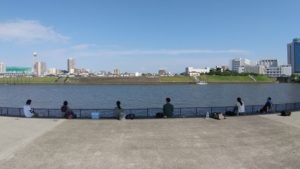 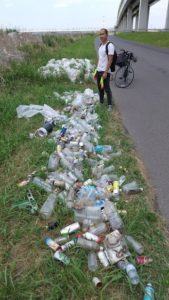 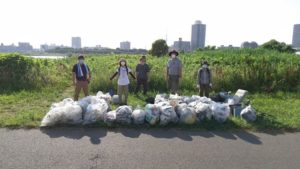 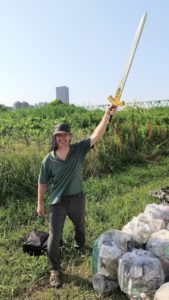 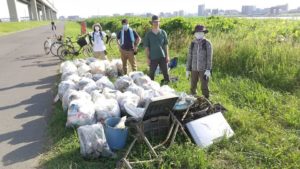 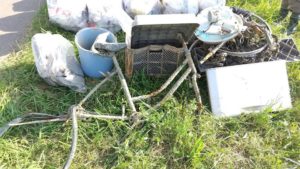 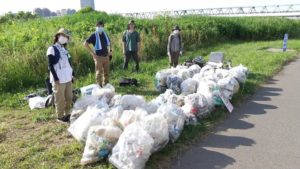 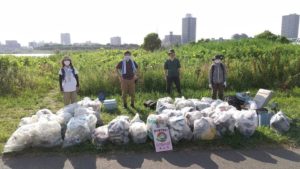 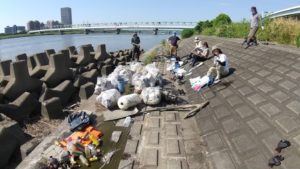 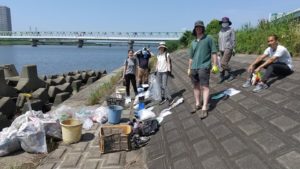 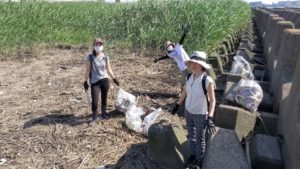