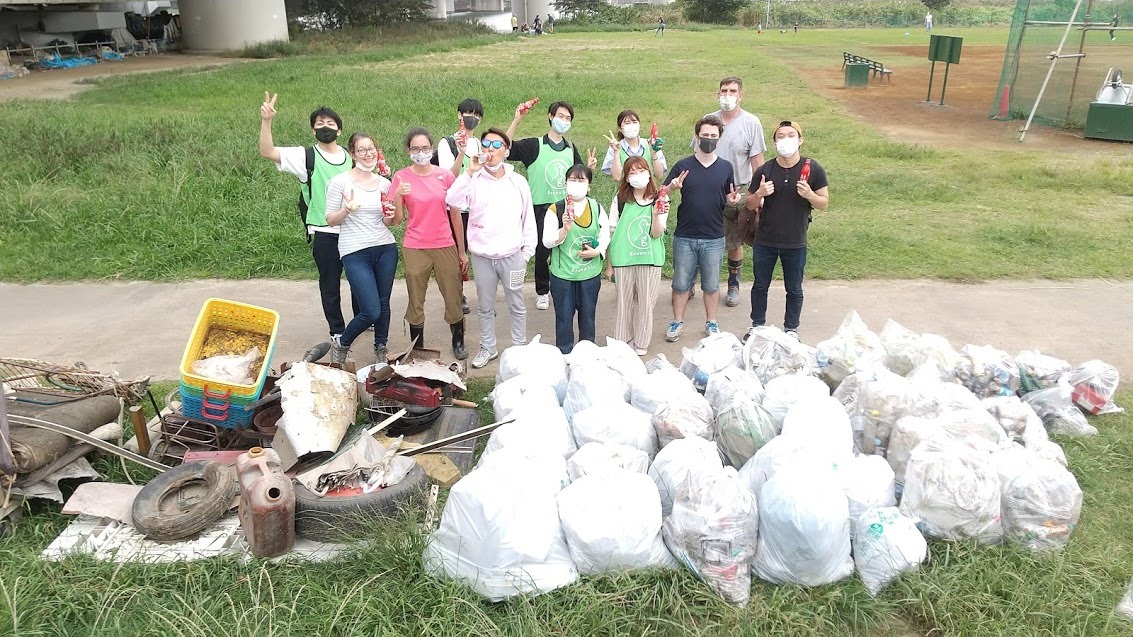 A BIG day on the Tamagawa with our inaugural clean up event for this river. Eight people from TRF turned out and we were suddenly joined by 7 people from “Green Bird,” which is a Kawasaki City clean up group focusing on city streets. They had seen our announcement somewhere and came out. This big group resulted in 75 bags of trash collected (45 actual bags plus rougly equivalent of 30 bags of large items that were unbagged.) The weather was beautiful with some great scenery. While we were cleaning near the bridge. An elementary school teacher with about 15 students, who were on a field trip to study the living creatures in along the river, brought his students over to talk to us and introduce our activity. Then another teacher, who was out there with a few students, studying the the new bridge at the bay front and its impact on the river, also wanted to explain about our activity to her students. The encounters were not finished. On the way back from a dirty angle near the bay I came across three people throwing bags of trash over the embankment from the river. It was another river clean up group called, “Rainbow Fish” (rainbowfish.jp). We exchanged information and I learned that they are doing their clean up on the Tamagawa every week, so I suggested to have our group join theirs which they were happy to hear and may actually happen. They also had some system with Kawasaki City for trash collection, which they will explain to me later, so I won’t have to nag the river office about it. I visited the kijitora cat colony across from Haneda airport, and the last photo is of the trash collected by the Rainbowfish group. 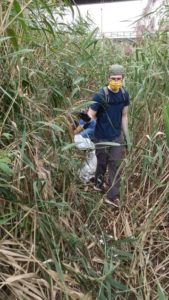 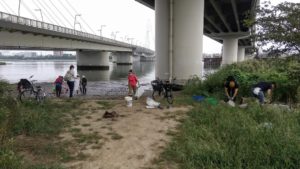 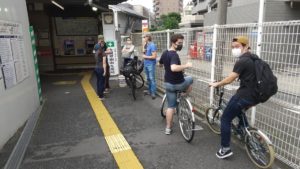 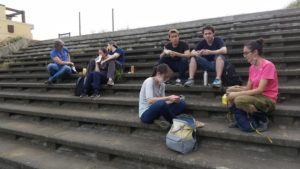 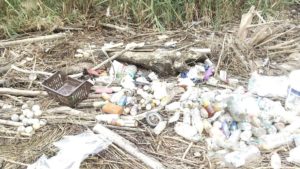 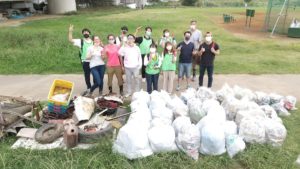 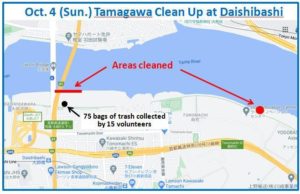